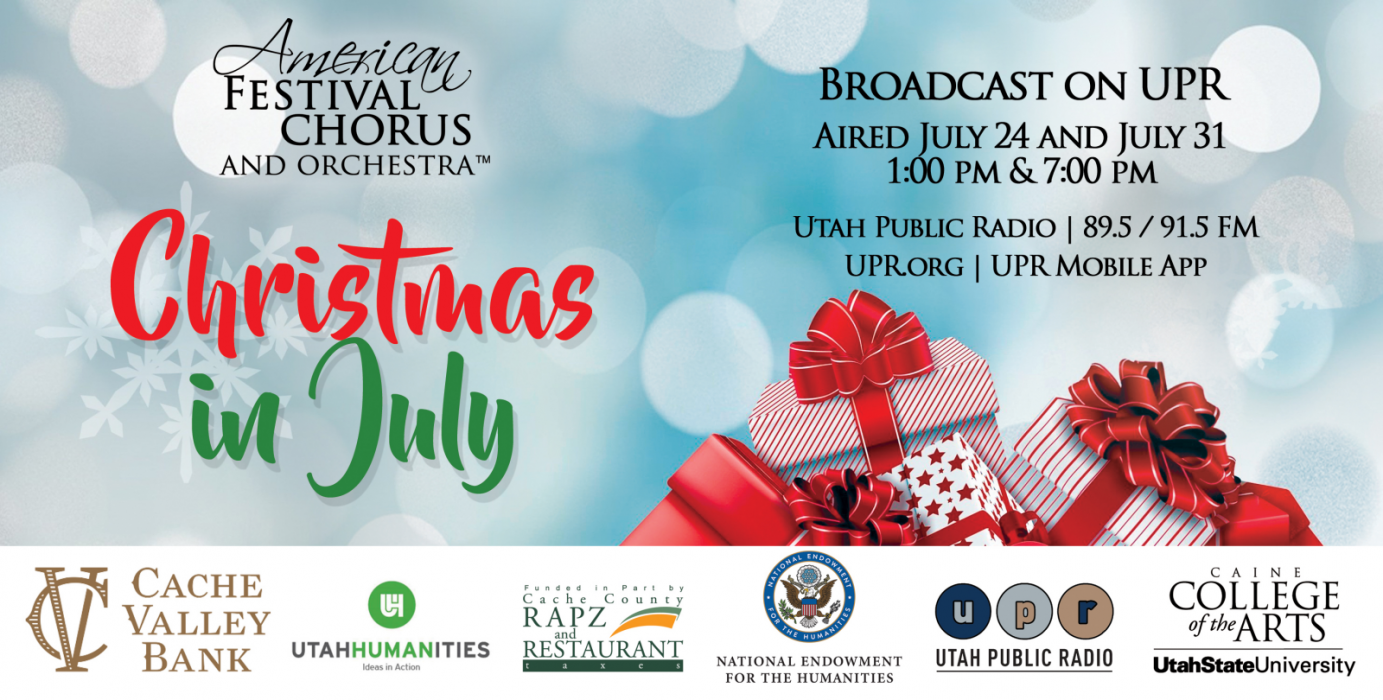 The American Festival Chorus & Orchestra and Utah Public Radio proudly present Christmas in July.  UPR will be broadcasting AFCO's Christmas concerts from 2015 and 2016 on July 24 and July 31 at 1:00pm and 7:00pm MDT.  The 2015 concert features Grammy-nominated American violinist Jenny Oaks Baker and singer and studio recording artist Jenny Jordan Frogley, along with Emmy-Award winning composer/performer Kurt Bestor; the 2016 concert features AFCO's first performance with GENTRI: The Gentlemen Trio.  As a special add-on to these phenomenal performances, listen to interviews with our guest artists!

You'll be able to enjoy this broadcast on UPR radio, through UPR app (Android or IOS), or on their website, UPR.org.

(Schedule updates will be posted as available.)

Join us on Facebook! We have photos, announcements, and our wonderful patrons.

Get our announcements right in your inbox.